1. Why did you start this blog?

Listful Thinking started in 2010 as a college assignment. I could have deleted it at the end of the semester, but I didn’t because I’m incredibly lazy. I still haven’t. I’ll get around to it.

The original assignment was to create a blog about something we were interested in. I made a list of things I like (turtles, pie, thinking about astronauts, etc.), but none of the items seemed like I’d get a semester’s worth of writing out of them. Then I made a list of things I don’t like (wearing pants, snakes, those fake testicles on trucks, etc.) just to see if hatred would fuel a semester of blogging any better, but that didn’t work either. I made at least six more lists before I realized they all had something in common: notebook paper. I made two more lists about notebooks before I realized that maybe lists were the things I liked most.

3. Is that your real hair color? 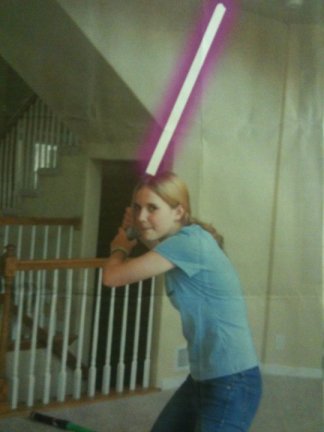 Unless it’s in the context of this photo.

4. Do you write lists by request?

Also no. Not even by my own request sometimes, which goes back to that “incredibly lazy” thing. Lists are pretty easy to write, though. Here, I’ll show you how:

Lists for the Listless

Step #1: Give your list a title. Preferably one with a pun. I love puns.
Step #2: Decide how you’re going to separate the items on your list. You can use numbers, or hyphens  or whatever your heart desires. Aren’t lists magical?
Step #3: Include at least three items in your list. Any fewer is cheating.

As far as I know, this blog doesn’t contain any of that at all; I’m not sure why this search term brings so many people here. However you got here, I’m happy to have you! Come for the non-existent adult films, stay for the bullet points.

6. Is your work copyrighted?

It sure is! Thanks for asking. Please don’t repost any of my lists without attribution and a link to the original source.

7. Are you really this neurotic in real life?

13. Sometimes you mis-number lists and your ‘About’ page is a mess. You seem bad at math.

That’s true. And hurtful. I like to think I have qualities that make up for my mathematical failings. I make a mean pumpkin pie and one time I won a spelling bee. So.