I am a bad friend.

Sure, I have my moments. If you’re my friend and someone is mean to you, I will 100% make up cruel and crazy rumors about them without you even asking me to. If you’re feeling sad, I will stare at you uncomfortably and then suggest that we work through our feelings by eating them. If you’ve just had a baby, I will only compare it to my kitten a few hundred times instead of a few thousand, which is what I would do if you were just an acquaintance. 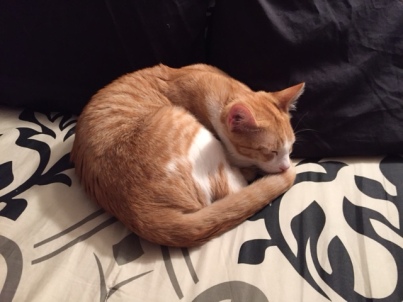 Your baby slept through the night? I don’t mean to brag, but General Eisenmeower slept all day and he’s still going strong.

But it’s not all slander, emotional eating and putting cats before children around here. Every rose has its thorn and the thorn in my friendships is that no matter how great I think you are, no matter how much I truly, truly love and appreciate you…

I do not want to talk to you.

I am terrible at communicating with my friends. This is particularly infuriating for them because I literally have a degree in communication. I am a professional communicator, paying for my house and my food with money I made, you know, communicating. I’ll communicate the hell out of you. Unless you’re my friend.

I feel horrible about this. I’m very fond of these people. They’ve done nothing but love and support me, and allowed me to say mean things about their enemies and compare my cats to their children. I want them to know that I’m interested in their lives and their thoughts, and that I care about them.

But look at that list. That’s ten ways where people can talk to me at any hour of any day, and that’s overwhelming for a wannabe hermit such as myself. I love my friends but it kind of feels like they’re hunting me. Nowhere is safe. 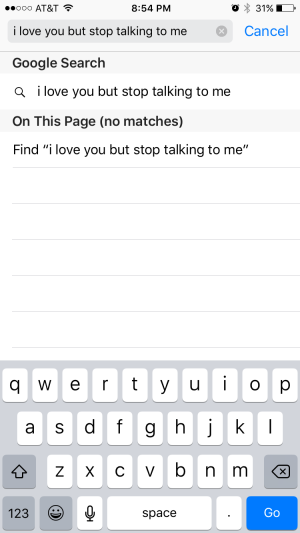 Why do I even own a phone? All I want is to be able to Google stuff quickly.

And it’s not going to end well, either. The way I see it, there are only six possible outcomes and they all lead to tragedy.

See? There’s really no good outcome. Maybe I just haven’t found the right method of communication for me.

Do you guys know anything about carrier pigeons?