I wore a dress to work today. That’s not unusual — I like dresses and the way they cover my less work-appropriate bits. It wasn’t a new dress. I’ve worn it to work many times before, but for some reason today was different.

Maybe it’s because our office (actually the entire university where I work. Actually the entire state of Colorado.) falls closer to the casual side of the business casual spectrum. This dress is sort of a half-step up from that — maybe even verging on general business attire. It stands out a little in that sense.

Maybe it was because I usually wear it with a cardigan and now that I don’t sit next to an exterior wall, I can afford luxuries like going without a sweater and eating granola bars that haven’t frozen inside my purse. 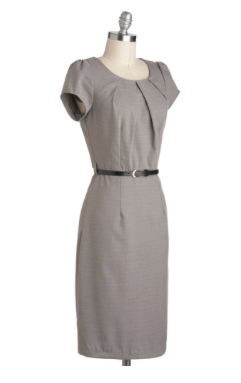 I promise this hasn’t become a fashion blog. I’m getting to the point.

Whatever it was, people kept complimenting it. Like, a lot of people. Like, way more people than one can generally expect to compliment a garment in one day. At one point, an entire room of people ganged up on me to tell me they liked my dress. It was pretty much the worst.

That sounds like a particularly idiotic humblebrag. “Ugh. People saying nice things and boosting your self-esteem, am I right?” I mean it, though. I hate compliments a little bit because I’m chronically unable to accept them with any kind of grace and it ends up making the whole situation uncomfortable for everyone. Today, one person actually apologized for complimenting me based on my reaction.

Theoretical Compliments and Examples of My Inappropriate Responses

1. If someone said: “You look very pretty today!”

I would: make an unflattering face, stare them straight in the eye, and say, “Oh, do I?”

2. If someone said: “You have the best Instagram feed of cat barf photos I’ve ever seen!”

3. If someone said: “I read your blog post about being unable to accept compliments. Too funny!”

I would: stutter violently before giving up and changing the subject.

4. If someone said: “Good work out there today, Stephanie!”

I would: respond “Thanks, champ/tiger/sport/another sarcastic nickname that ruins any genuineness I might have had!”

I would: say, “It makes me look like Joseph Stalin.” 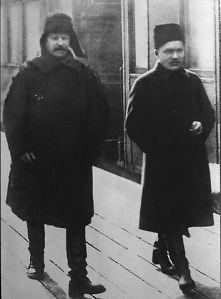 Although my mustache is much more impressive.

6. If someone said: “You’re an incredible birdwatcher!”

I would: say, “And you’re an incredible… wearer… of… that sweater!”

7. If someone said: “Stephanie’s the best hand model in the business!”

I would: blush furiously, shout “HASHTAG BYE!” and run from the room. [This actually happened today. In my defense, I had recently taught everybody there about hashtags, so it was kind of relevant. Stupid, but still relevant.]

The thing is, I’m a pretty confident gal. I know I look good in the dress I wore today. That’s why I bought it. So why can’t I take a compliment?

Apparently it happens to a lot of us and there are a bunch of different theories as to why.

1. We’re insecure and don’t believe we deserve the compliment.

2. We’re insecure and think we sound cocky if we don’t argue and point out our weaknesses.

3. We’re insecure and we suspect the compliment is backhanded.

4. We’re insecure and we think the giver of the compliment is hitting on us.

I have a harder time accepting some compliments than others. If the compliment I receive is based on the amount of effort I put into something, I can handle it better. If it’s based on appearance or something else I have no control over, however, I’m bound to respond badly. Not because I have low self-esteem, but because I don’t feel like I earned the compliment.

For example, if you said, “It was really impressive how you rounded up all the cats in the burning building and got them out in less than 30 seconds, Stephanie,” I’m more likely to say, “Why, thank you. The cats and I have been doing drills for the last six months just in case something like this happened.”

But if you said, “You’re pretty, Stephanie,” I’m much more likely to say something that will make us both feel weird. Something like, “I’ll thank puberty next time I see it,” or “It’s genetic — all my grandparents are cuties!”

It’s something I need to work on. Here’s what the internet says I should do next time someone compliments me:

How to Take a Compliment

1. Smile and say thank you.

2. Wait, is that seriously it?

4. I really thought that was going to be trickier.

By the way… you look really nice today.