I am a blond, but I keep it on the down low. It’s not a big secret or anything. It’s just that I’m a much better brunette and if the world believes L’Oreal Preference 4 is my natural color, who am I to disabuse them of the notion? Every so often, the truth about my hair comes out and somebody flips out about it. They usually ask for photographic evidence, which makes them flip out some more. (“But your eyebrows are dark! How can your eyebrows be dark?”)

It happened at work a few weeks ago, and my coworker’s subsequent dark-eyebrow-crisis attracted the attention of my boss, who drifted in and saw the picture.

His reaction to this news brought his own boss into my office. “What’s this?” my boss’ boss said. “Oh my goodness. How old are you in this picture? Twelve? And I’m not even going to ask what’s going on with that hair color.”

“I was 18,” I whispered sadly to my desk as they all left the room.

It’s not the first time someone’s underestimated my age. It wasn’t even the first time that week. I’ve aged since that photo was taken, but it still happens a lot. I have a baby face and I don’t know what to do about it.

Benefits of Having a Baby Face

– Sometimes I get discounted admission to events because people assume I’m a student.

– When my fellow baby-faced co-worker and I ran short on college-aged actors for a video we made last month, I was able to fill in.

– Every time I interview someone for work, they ask when they can expect the story to be in the school paper.

– When I first meet people in other departments, they ask what I’m studying and when I’ll be graduating.

“Um. Probably two-and-a-half years ago, if everything goes according to plan.”

– I feel like a fraud every time I pull out my ID at the liquor store or a bar. (“It feels weird, I know. It’s not fake! I’ve just run it through the wash a bunch of times, I swear!”)

– I have yet to meet a tradesman or hardware store employee who believes I own my house.

– I got carded for an R-rated movie this summer. I’ve been able to see them on my own for the better part of a decade.

– I keep making elderly family friends feel awkward when they ask my parents how old I am because it’s a trap. I look 17, but I’m 24, and 24 is right about when you have to stop asking people how old they are because it’s getting a little rude.

I keep turning to the internet for solutions, but it’s no help.

Maybe I Should Try to Look Older

– wikiHow suggested I try wearing makeup that makes me look older, but since I haven’t worn blue eyeshadow since 9th grade and glitter on my face since 7th grade, I don’t really know what that means. More lip liner?

– The same article suggested I dress more conservatively. That makes sense. It’s probably all the neon microskirts and crop tops with beer slogans that I’ve been wearing to work every day that are doing it.

– I could cut my hair shorter but I worry that all it will do is showcase my baby face more.

– I could go outside without sunscreen more and get wrinkly, but I’m too afraid of death.

– I’ve heard meth does wonders when it comes to speeding up the aging process. 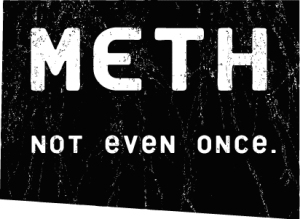 Oh. It will also ruin your life.

Maybe I Should Try to Act Older

– I can complain more about my mortgage.

– I start wearing bygone presidential campaign shirts exclusively and drop old-timey slang in conversations more often . No one will ever be able to pin down my age! And how!

– I’ll try to yell “Get off my lawn!” more often than I already do, but it’s going to be tricky since it’s already my number-one hobby.

– I will somehow, impossibly, become more bitter and cynical.

That’s the real problem here: I’ve been told I have an old soul, but that’s just a nice way of saying that I was born crotchety. My face doesn’t match my actual age, but it really doesn’t match my cantankerous insides. I’ve been 70 years old for the last 24 years.