I don’t know why talking on the phone is beyond me, but as soon as I have to do it I lose the ability to hold a normal conversation and start in on this crazy word jumble. It sounds like I’m reading a Gertrude Stein novel out loud. Any time I think I can get away with texting instead of calling, I’ll do it.

Text messaging should have been a godsend for people like me, but I kind of think it’s raised my anxiety level. I’ll spend hours laboring over the right words for a text. I’ll overanalyze my friends’ response times to find hidden meanings. I once ended a relationship by sending a text to the wrong person. It may be better than calling, but it’s still incredibly stressful. After what happened this week, I think I’ll be even more stressed out in the future.

*In this scenario, texting still exists in 2060 and I don’t marry my cat in a Star Wars-themed wedding in my late 30s.

1. My friend’s phone, which went through more than any phone should go through in its brief time on this planet, finally gave its death rattle after falling into a pool. No amount of rice could resuscitate it. It was a dark time.

2. Because she never throws anything away if it might possibly be of use some day in the distant future, she disappeared into her room and came out with a RAZR. Remember RAZRs? They were a really big deal in 2004 when flip phones were all the rage, then everyone got phones with slide-y keyboards for about a month, and then society moved on to smartphones. Sometimes I think about Alexander Graham Bell and how freaked out he’d be if he time-traveled to the present. I like to imagine he’d do a lot of nervous beard-tugging. Anyway.

3. RAZRs come with T-9. As far as I know, T-9 is a predictive text technology and not a Terminator designed to destroy the human race. Although after what happened next, I began to have my doubts…

4. After charging the RAZR with a crank and attaching its generator (technology has come a long way since 2004), my friend typed a quick text message during a busy moment to a boy she’s been seeing.

5. JUST before hitting the send button, she read over the message. It was incredibly lucky that she did.

There’s really only one thing you can say in moments like this.

She fixed it immediately, sent the correct version, and then texted me because she thought I’d think it was hilarious. SHE WAS RIGHT. I love this story. Every time I think about it, I start crying because I’m laughing so hard. I’m typing this in public and I keep laughing out loud even now. People think I’m crazy.

But seriously, you guys. POOP. That kills me!

A little, mean part of me wishes she hadn’t caught it in time just so I could have watched it play out. Imagine if you’d received that text.

Questions I’d Have if You Sent Me That Text

1. Where did the incident occur? The bathroom is acceptable, but I’d wonder why you felt the need to tell me. Outside is slightly less cool, but still ok as long as you brought a plastic bag or something to clean it up. Anywhere else is a deal breaker.

2. When is the soonest I can move? I don’t want to sound squeamish, but I think if a human over the age of two or three pooped somewhere in my house, I would have to move. It’s not like I could ever use that spot again. I couldn’t walk there. I couldn’t put furniture there. It would always be The Poop Spot. Even if I washed it a thousand times and re-carpeted, it would still be The Poop Spot. Whenever visitors or family members walked over it or stood on it, I’d stare at their feet and try not to think about poop.

3. The word “if” is worrisome. Why don’t you know whether it happened or not? Did you black out?

4. What kind of condition do you have that involves taking medicine to prevent this? What horrible disease makes you poop and black out?

5. How soon can we call it quits? Unless I was in an extremely serious relationship with someone, it would be incredibly difficult to bounce back from night-pooping. Would it be rude to immediately respond to that text message with, “I think we should stop hanging out”?

6. Even if you sent a follow-up text explaining the mistake, could I believe you? I’d probably still go home and check to make sure there was no extraneous poop in my house. I would maybe respond with a lighthearted “LOL” or even a “ROFL”, but inside I’d know I’d always be worried about you pooping. 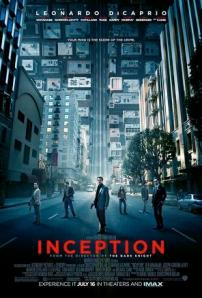 It’s like Leonardo DiCaprio planted it deep inside my brain.

7. Eventually I’d probably come around and be able to look back on this and laugh, but I’d still need some answers. Why did your phone’s predictive text program default to “pooped” instead of “snored”? What have you been talking to people about?