4) Never ever return to a hair salon, barber shop, or any situation where scissors will come within a foot of your head.

That’s right– I’m never cutting my hair again, and I’ll tell you why. A couple weeks ago I was briefly the owner of a mullet. And not the fish kind. This is not me, but it’s close.

I know I’ve been over this before, but just to recap, haircuts are the worst.

1) Some of the most awkward conversations I’ve ever had have been during haircuts. Depending on the complexity of your head and the ambition of your style, these conversations can last hours. You’re trapped in a stupid smock, sitting in a plastic-covered chair, while someone asks you questions they don’t really care about either and occasionally interjects with “Look up! Look down! Look kind of sideways but also up with your left eye!”

2) If you don’t know anything about hair, you arrive with only a vague idea of hair-related words. When the stylist asks what you want, you say something like, “Uhh… bangs with the… fringe? And trimming… of the split ends… which is a phrase I heard in an Olsen twins movie.”

They say things like, “Do you want layers?” and you think, “Cake?” Because you like cake, you say, “Sure!” If you go in with a picture, you have unerringly chosen a hairstyle that will never ever work on your weird-shaped head with your stupid hair. 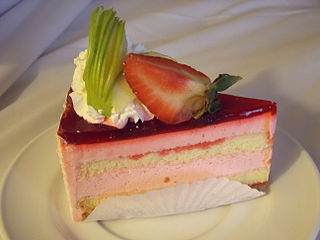 Cake and ogres: famous for their layers

3) Obviously at some point you have to talk about your hair. The stylist is going to say things you already know, like, “Gee, it sure gets tangled easily,” and you’re going to have to agree and laugh but inside think, “You try living under here.”

In my case, I have thick hair. Not the fun, Disney princess kind of thick hair. It’s the “You could lose a small dog in here and never find it again” kind of hair. It’s so thick that stylists have called their co-workers over to look at it. The thing is, I know it’s thick. I regularly worry about suffocating in it. Washing it takes years because I can’t get all the shampoo out. I don’t need anyone to tell me how crappy my head situation is, I just need someone to make it less triangular every so often.

4) Every time I go, the hairstylist gasps and says, “What happened here?!” like some kind of hair troll just attacked her from a bottom layer. Without fail, some part of my hair was cut at the wrong length or grew too quickly and now it’s throwing everything off, so I have to defend my hair’s bad life choices. No, I didn’t cut it myself. No, I didn’t have a friend cut it. No, I didn’t mean to have a rat tail, it just happened.

5) I have this weird bump on my head that I’m self-conscious of and strongly feel no one should have to touch.

6) A complete stranger has scissors. Near your head. Around your ears. Close to your eyeballs. Even if they don’t stab you or snip off your ear, you have to spend the next 6-8 weeks living inside their creation. They don’t know you. They don’t know what you do with your head.

All of this means that I really have to commit to getting a haircut, even if it’s just a trim. I have to think about it for days and I end up talking myself out of it more often than not. I wasn’t even going to do it this last time until my little brother called me a chicken, but Sibling Law clearly dictates that you must immediately prove otherwise when that happens, and that’s how I ended up stuck in a chair, unable to assert myself.

1) The stylist looked like Elvira, and clearly harbored some nostalgia for 80’s hairstyles.

4) Suddenly there were a lot of inch-and-a-half long chunks of hair on my smock.

I thought: Wait. I wanted to keep that hair. She’s the expert though. It will always grow back. Right? Right.

5) She said: “I’m re-angling your layers! You can wear your part anywhere!”

I said: “But I have a weird bump on my head and I’m afraid of change!”

6) She said: “You probably wear your hair parted on this side, right?”

I thought: Oh, yeah. Like I’m going to close my eyes during this train wreck. Not on your life, lady. Aagh! Scissors! Right next to my eyeball! Close your eyes! Close them!

8) She said: “Look how cute it is! It really frames your face, and it looks so professional in the front and fun in the back!”

I thought: That sounds like another way to say “business in the front, party in the back”. Ha. It’s probably not a mullet, Stephanie. Surely it’s not a mullet. You should probably open your eyes to check, though.

It was definitely a mild version of a mullet. 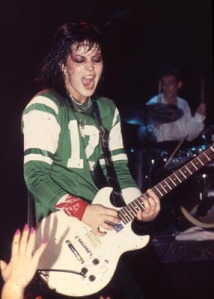 And not even the cool kind.

There’s good news, though: It’s calmed down a little in the last week, and I look less like Billy Ray Cyrus now. I’m also getting better at bowling and fixing Trans Ams through some kind of transitive property. Considering I’m never getting a haircut again, maybe a mullet’s not the worst style to be stuck with. Maybe everything is going to be ok.